If you’re familiar with Edward Curtis’ project, “The North American Indian”, you may have seen vintage photographs of Native Americans wearing medals and adornments around their neck. Have you ever wondered about the significance of such metals? There is still some controversy over the use and impact of ‘peace metals’ in furthering diplomatic relationships between Native Americans and the federal government. We’re here to tell you more. 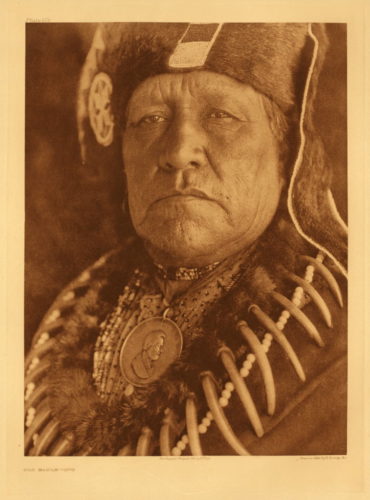 Indian Peace Medals refer to the ovular or circular medals awarded to tribal leaders throughout colonial America and early United States history. These medals were usually made of silver or brass, ranging in size from about one to six inches. Peace medals were issued to build alliances and negotiate with tribes. This has been done as early as the seventeenth century. For Native Americans, these medals represented a pledge to supply and trade commodities. They would provide raw materials like animal hides, furs, and feathers, and in return, get kettles, beads, ornaments, clothes, and weapons.

Peace Medals were more than just a symbol of happy trade. They were an expression of America’s promise of being invested to furthering the peace and diplomacy with the Indians who called this land home.

Also, the awarding of Peace Medals often meant there was a formal treaty or negotiation in place. The ultimate origin of Indian Peace Medals is not entirely known, however Thomas Jefferson noted that the usage of the medals is “an ancient custom.” 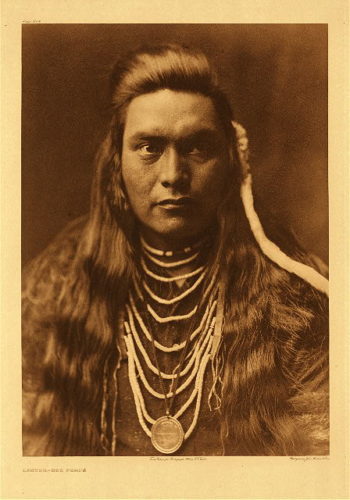 In addition to Peace Medals, Presidential Medals were also gifted. The distribution of presidential medals accompanied nearly every formal interaction between Native Americans and the U.S. federal government. Lewis and Clark distributed about eighty-seven peace medals to Indian leaders as a demonstration of goodwill under Jefferson’s name. The medals were only given to “influential persons,” with the largest of medals reserved for Indian chiefs and warriors.

It was a great honor to receive a medal and the Native Americans associated great value with the acceptance of one. They were to be buried with the pedals remaining around their neck. The considerable amount of portraiture of Native American figures accentuating the medals around their neck serves as a testament to their importance. The medals became a physical representation of a spiritual dimension that linked the wearer to a source of power, for example, the “Great Father” as President Washington was referred to by the recipients. The distribution of peace and presidential medals reinforced and furthered a political order within the tribes.